An Airline Pilot With Answers 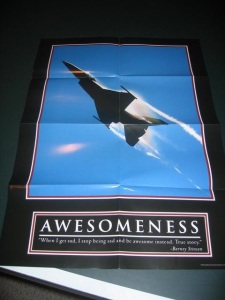 Freakonomics has an interesting feature going on with a captain of a major airline they call simply, Captain Steve. Actually, this has been going on for so long that there are multiple posts with Captain Steve answering questions continuing, to answer, and questions. They also have one guest post from Captain Steve where he goes on a bit of a tirade regarding the system of air travel. If you’ve ever thought about being a pilot, or think it might be cool, Captain Steve might well shoot down that notion.

Also, he answers some questions that every traveler has wondered (or may wonder next time) that I think everybody should read like why do all electronics need to be turned off even though I’ve left my cell phone on for the duration of a whole flight before? or How much of the flight is actually on auto-pilot? or What is the general condition of U.S. airplanes these days? and Should I prepare for death during turbulence? Ok, that last one was mine, but you get the gist!